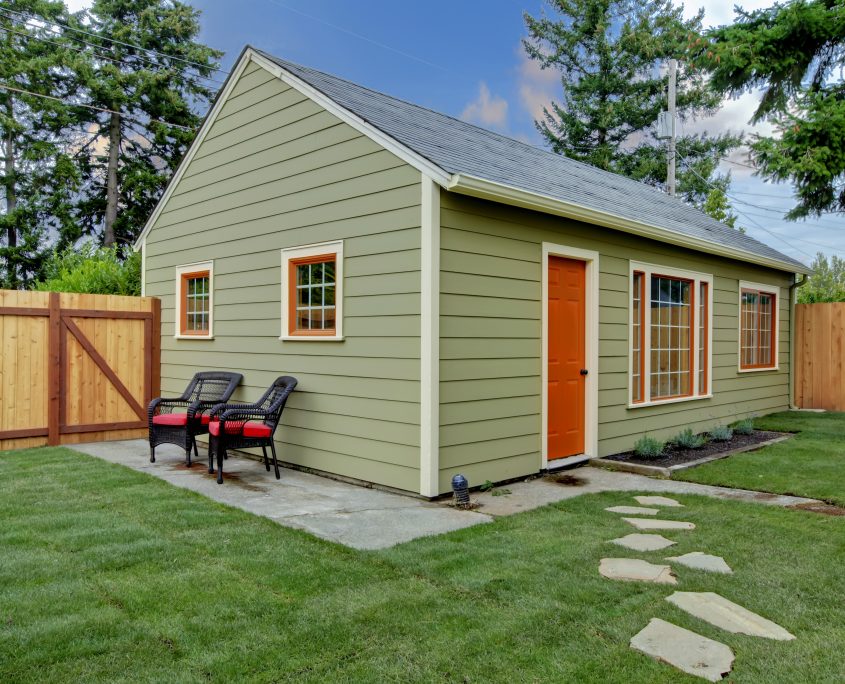 While doing some research for a client recently, the word “fad” got tossed out by a trade partner in regards to the current accessory dwelling unit (ADU) trend. A brief discussion ensued with me politely explaining the difference between a fad and a trend. In short, building granny flats and ADUs in California will be the trend for a long time to come, most likely far beyond the end of my career in the industry and well into the next generation. In fact, for California, ADUs and granny flats will most likely be the building boom of the early 21st century.

New California state laws as well as local municipal laws in City of San Diego, County of San Diego, and other ADU building hotspots such as Encinitas, Delmar, Carlsbad, and Oceanside are seemingly being published every month or so. As the state, and by extension, local cities struggle to get a handle on our affordable housing shortage; the laws relaxing the restriction on building ADUs and granny flats reflect a long-term commitment to the process by California.

With that said, due to the newness of the laws and regulations, there’s also a lot of misunderstanding and misinformation being shared about building ADUs. Here at Specialty Home Improvement, we receive at least a couple inquiries per day from people thinking about building an ADU. Only a handful of these clients have a decent understanding of the process, procedures and costs involved.

Let’s bust some of the myths around building an ADU:

Myth 1: No approval is needed

While in many areas of San Diego, approval of ADU’s and granny flats has been streamlined; there is still an approval and permitting process to complete for any size or type of ADU. Permit ready sets of plans need to be created which include items such as plot plan, Title 24, property lines, proposed ADU placement, engineering and many other items. Depending on the San Diego municipality you are building in, building and planning approval can take anywhere from two to six weeks.

Myth 2: ADUs are cheaper to build than anything else

However, building a freestanding ADU costs pretty much the same as building a house. It may be smaller, but less square footage can also mean an increased cost per square foot. There’s economy of scale to think about. We also have to think about how to get utilities such as gas, electric and plumbing to the new structure.

The real advantage of allowing ADU’s to be built is that the hassle and expense of buying a new piece of property to build on is eliminated. This decreases the overall cost of building the dwelling significantly by eliminating the real estate side of things.

We thought that might be the case as well. After doing some in-depth research, we found it isn’t, at least for most people. The advantage to manufactured homes is that they are built in a factory, more or less on an assembly line, which is where the cost savings is found.

However, they still need to be shipped and assembled on site. In addition, there is a lot of prep and foundation work, utility work and, of course, the entire permit approval process to go through.

There is also the question of how to get a large, pre-built home, even in pieces, onto most lots. Many residential homes simply don’t have the clearance to back a large trailer and partial house onto the lot.

Depending on the type of foundation set that is called for, the manufactured home will also sit between 12” and 36” above ground level, requiring stairs or, in the case of an accessible unit, a ramp, both of which take up valuable additional space in the yard and impact the convenience of coming and going.

Myth 4: ADUs can be used as short-term rentals

This is a big no-no. In fact, many cities are having homeowners sign specific agreements that, while granny flats may be used as rentals, rental terms cannot be for less than 30 consecutive days.

Myth 5: Pre-approved plans are cheaper and work for everyone

Yes and no, mostly no…

Yes, pre-approved units being offered by many cities are a bit cheaper up-front, in that they save the basic design costs of architectural and engineering fees. They are also somewhat faster to get permits on since they have been pre-approved.

However, there is still a fair amount of work to do in order to incorporate the pre-approved plans in to a specific plan for your property and get them “submittal ready.” Additionally, the designs of these pre-approved units are not always the most cost-effective to build. Since the plans cannot be altered at all during the build, specified materials and layout must remain true to the original design even if less expensive alternatives are available.

There are also many backyards or lots where an ADU can be built, but a pre-approved plan will not fit. Most municipalities still enforce setbacks for reasons such as fire and accessibility. While there are some exceptions to this, it can limit or affect the final design and placement of an ADU.

Effective Jan 1, 2020, AB670, signed into law in 2019 now keeps Homeowners Associations “from prohibiting or unreasonably restricting the construction or use of an Accessory Dwelling Unit (ADU) on a lot zoned for single family residential use.”

In other words, while many HOAs may still try to point to their now outdated rules and deny the approval of an ADU on your property, it is contrary to current state law to do so.

Specialty Home Improvement is a Design/Build remodel contractor that has been improving homes and property in San Diego County for almost 30 years. Give us a call with any of your ADU, granny flat or remodel questions.

Let’s Talk About Your Project

Get eBook »
Rethinking Contemporary Bathroom Design — Does It Have to be So Sterile...